Have you ever thought about how your web page lacks something? All the pieces are in place, everything works just like planned but... Something is missing.

The answer to your question could be a simple CSS animation. You see, our brains are wired to pay attention to moving objects. Just imagine a cat hunting its sworn enemy, the infamous laser dot! With dilated pupils and wiggling butt, it waits to strike!

Do moving objects affect us, humans, that way? No. But, they spur our curiosity.

To animate means to bring to life. Animation can add personality to a web page, lead the user, and make the whole experience more enjoyable. In this post, we're going to walk through the basics of CSS animation.

Right. So basically, CSS animations are made up of two building blocks:

Here's an example of a @keyframes named bounceIn. A name most fitting, if I may add.

Maybe you're thinking: "Hey mister, wouldn't a .gif explain this more properly than some written explanation and the use of our imagination?". The answer is yes, but actually no. It so happens that I can not show you the finished product before we are done with the other building block.

If we want to take our animation play to the next level, we must also include other animation properties, such as animation-delay, animation-iteration-count, animation-fill-mode, etc. Combining all of those could result in a little piece of awesome. Or a catastrophe. It depends on the creator. I will not go into further details since this is not a tutorial blog post, this is just a CSS animation overview.

As promised, here's the bounceIn animation in action. I'll use a magenta circle element for example and assign it the bounceIn keyframe.

CSS animations can be a good way to add personality to your web page, making it more exciting, more engaging, more lifelike. The goal of the animation is to draw the user's attention to important areas of your product and add interest to your interface. Sort of like a marketing helper, if I may, which makes it a very powerful tool in today's world. With a bit of CSS knowledge and a little big brain time, a web page can come to life and send a clearer message to its users. 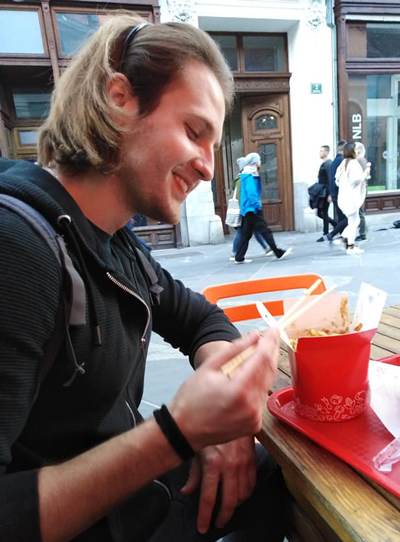